Welcome to Halbi Ethnolinguistics, a website dedicated to the Halbi language and its speakers who call home the Bastar District of Chhattisghar in India.

Bastar District is a district of Chhattisgarh where Halbi speakers predominate. 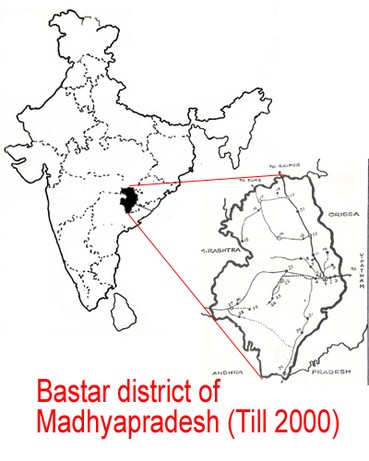 At the time I was doing my research in the late 1960's and 1970's, Bastar was a district of Madhya Pradesh, the large central province of India.

In 2000 Madhya Pradesh was divided and the state of Chhattisgarh created. Bastar District is now a district of the state of Chhattisgarh in central India. The district headquarters are located in Jagdalpur. Bastar has an area of 10755.79 km² and is bounded on the northwest by Rajnandgaon District (as well as Kanker District), on the north by Kondagaon District, on the east by Nabarangpur (also known as Nawarangpur) and Koraput districts of Odisha state, on the south and southwest by Dantewada District, and on the west by Gadchiroli District of Maharashtra state. 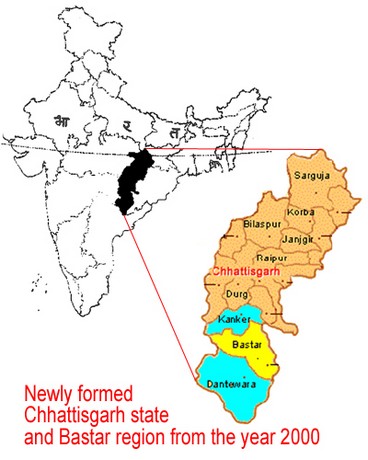 Bastar District is located in the southern part of Chhattishgarh on a plateau at a height of 2000 ft above sea level.  According to the 2011 census the population of the district was 1,411,644 ( including Kondagaon district). There were were 697,359 males and 714,285 females. More than 70% of the population are adivasis (tribal people) and include Gond, Maria, Muria, Dhruva, Bhatra, Halba, Raj Mureas, Parji, and so on.